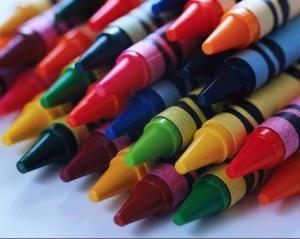 I’ve never been a big fan of New Years, mostly because I believe that “fun” is a feeling that needs to evolve and that depends not only on the people with whom you’re spending time (granted, that’s a biggie) but also on the overall vibe of the moment (or, better yet, a series of good-vibe moments all deliciously following one another). So deciding that the moment the clock strikes 12:00 is the moment WE MUST BE HAVING FUN RIGHT THIS VERY SECOND has always struck me as ludicrous and contrived and sort of stupid. And really, does anyone truly enjoy watching a big ball slowly drop? What is the fun in that, exactly?

My other big beef with New Years is the timing: As far as I’m concerned, January 1 represents the start of the trifecta of awfulness: January, February and March. (I love summer, and I don’t ski.)

I will admit that I love the whole concept of resolutions, and I make a bunch of them every year with my husband, brother and sister in law, in what has become a fun tradition of deciding what we feel absolutely must be achieved this year. Our resolutions are nothing too lofty – we originally gained inspiration by one of my brother’s resolutions several years ago, when he resolved to buy a utensil organizer so that he could find a spoon more easily. Go ahead and smirk if you must, but the goal of “use up all gift cards by December” is far easier to cross off the list with certainty than “eat more healthfully.”

But outside of our resolutions, I’ve also never really shared others’ opinions that New Years represents a clean slate. We don’t tend to vacation during winter break, so there’s no feeling of “going back to work” with any rejuvenating R&R under our belts. Yardwork is impossible, the windows can’t be opened to usher in fresh air, and my closets are mostly empty anyway because all of the **** mittens, hats, boots and scarves that are usually crammed in there are instead draped all over my kitchen.

So for me, September is my New Years. My clean slate month. My time to shake the cobwebs away and look forward to a fresh start. This feeling is tied inextricably to the start of school (I shudder to think how I would have ended up if year-round school had been around when I was a child). I love crisp white paper, spiral notebooks that haven’t spiraled out of control, perfectly sharpened pencils, fully loaded markers, a virgin Crayola box. Backpacks with working zippers, lunch boxes without questionable grossness lodged in the seams, shoes without holes. Seriously, Back-to-School season is an OCDer’s nirvana.

Turns out, my kids feel the same way.

When asked what they’re most looking forward to about starting school, they also think of its newness. They wonder who their classmates will be, who their teacher will be, and what they’ll learn. But mostly, they’re just looking forward to using their new backpacks (secret compartments! Cool zippers!), getting all of their never-before-used-by-another-human markers and pencils and crayons, and cracking open a few books for the very first time.

The third grader, in fact, clings to the hope that his new Crayola box will contain the same perfect blue crayon that carried him through second grade. “The blue of the most perfectly perfect blue sky,” which was worn to a pitiable nub by June.

The first grader is eager to try out a new classroom with desks, and he’s fiercely hoping that he’ll get to turn right, down the first grade wing at Mt. Daniel Elementary, instead of turning left, down the wing that houses both first grade and kindergarten classrooms. (Hey, it’s the little things that count!)

Yes, we’re all crying over and commiserating the end of summer: It’s been a glorious season of lazing around at home, swimming and diving and leaping at the pool, playing in the waves at the beach, visiting friends in far-flung places, and seeing some of our nation’s wonders for the first time. There’s been plenty of funnel cake, corn on the cob, beefsteak tomatoes from roadside stands, watermelon and root beer floats. It’s enough to make me wish that summer could just drift on forever.

But I know that they’re ready for new challenges and new experiences, and I know that it’ll be a relief to both my husband and me to no longer be the sole recipients of the out-of-left-field questions they ask every day. (“Why is there snow on top of Mt. Everest if heat rises?”)

I’m also hoping to fulfill the one New Years Resolution I never achieved last year: To spend one entire day on the couch, reading a book.

This article was originally published August 10, 2011 on Patch.com.